Some frame raisings are easier than others!

Having spent six weeks jointing up this particular frame in the workshop we then had to park it safely for a couple of months to allow for a delay while the groundworks were completed.

All well and good, and not long enough to adversely affect the joints when it comes to putting it back together. A couple of months is, however, plenty long enough to almost completely empty the mind of all the singular idiosyncrasies of this particular frame. This was especially the case when the two months in question had been filled making another even more complicated structure…..Trying to store two frames in one brain hurts, believe me.

Jake, Sylvan, Adam and myself packed the frame onto a lorry and piled our gear into the pickup and set off down South for another raising. After an early start and an all too rushed breakfast, we arrived onsite at 7am to meet the lorry and friendly local farmer complete with telehandler/forklift who had agreed to unload. Access on this end of terrace site was awkward to put it mildly as we had to contend with a narrow, winding and sloping drive, a right angled bend, a small stacking area and plenty of not to be messed with overhead electricity cables (oh yes).

Somehow we managed to unload the frame and have it stacked in position for the arrival of the crane at 8.30am and were ready for action and feeling pretty chipper…..until the crane driver pointed out he had another job booked at midday! After an awkward standoff and a momentary meltdown we persuaded him that there had been a mixup and that we did indeed need him for the whole day and that if he tried to leave we would let down his tyres and take his keys off him.

For the rest of the day we beavered away like ants possessed, frantically battling against the clock, and somehow, as the enormous pile of stacked timber diminished, the frame soared into the blue Hampshire sky. Mercifully we hadn’t forgotten how it went together after all, our crane driver stayed to the bitter end, and Mike and Sue now have a fine oak framed extension complete with Hampshire hipped roof, dormers and exposed oak rafters right outside their front door. 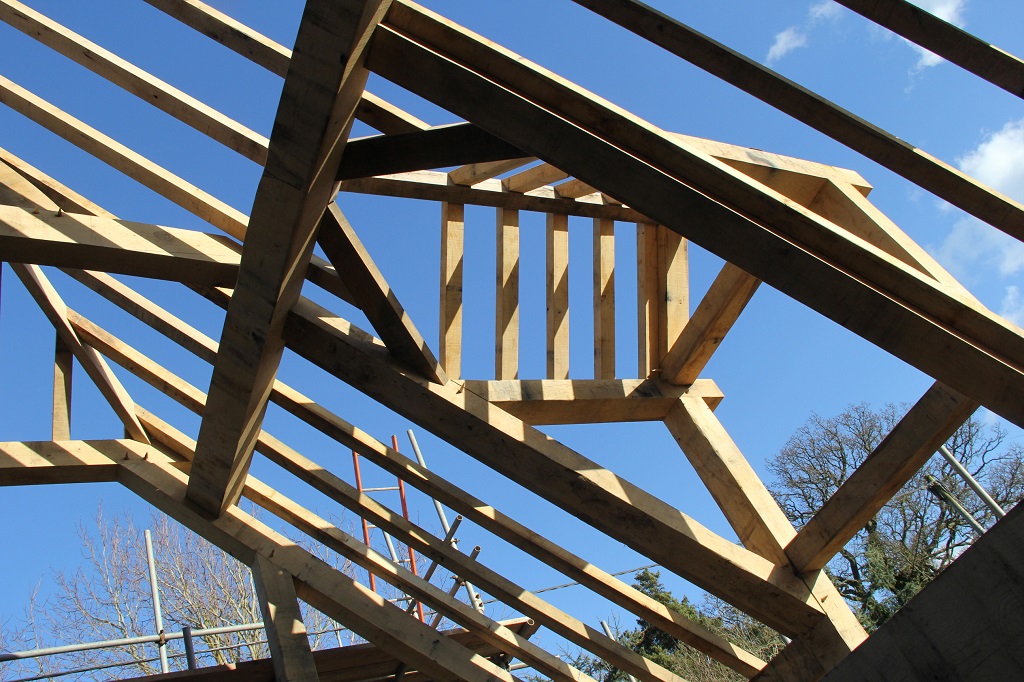 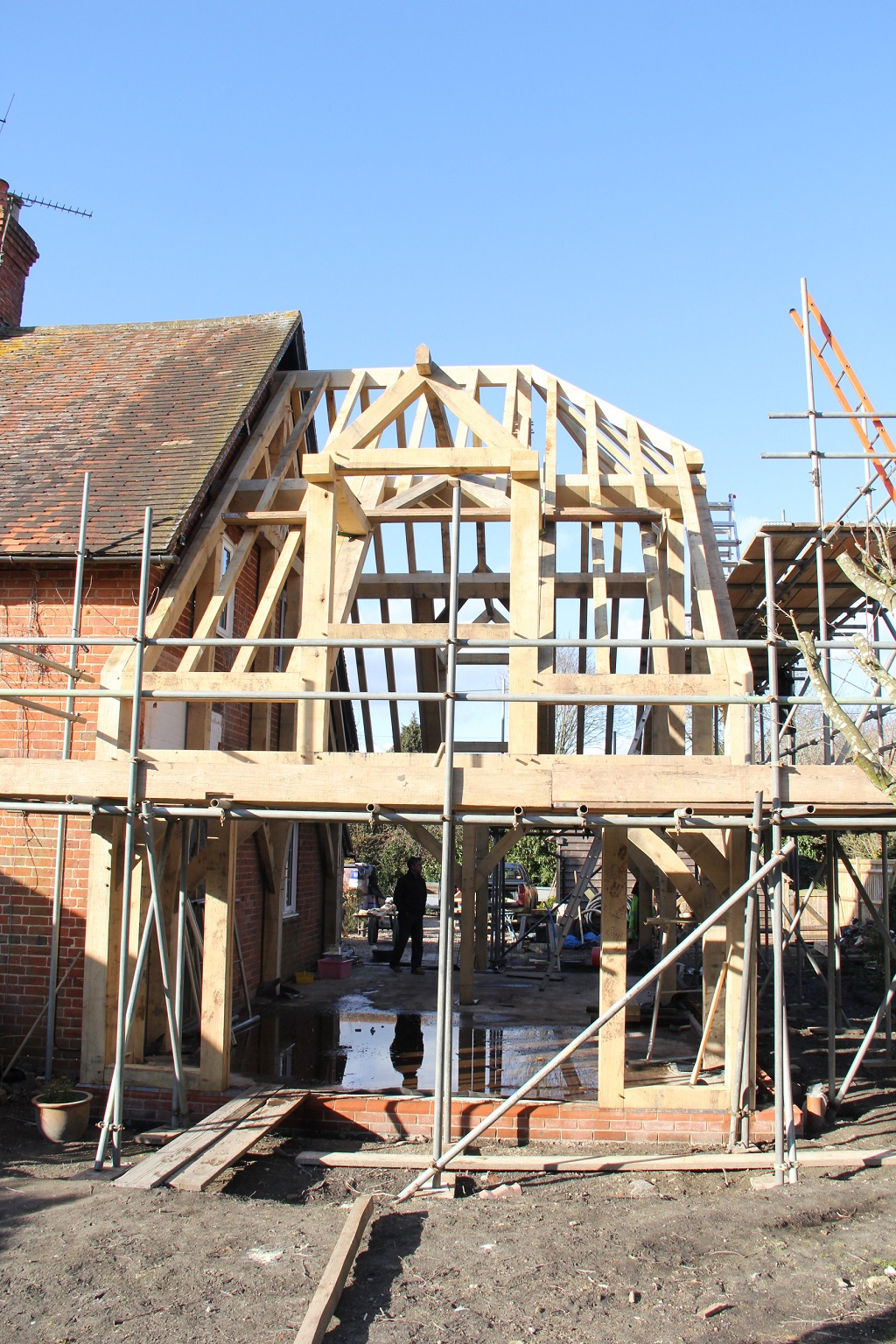 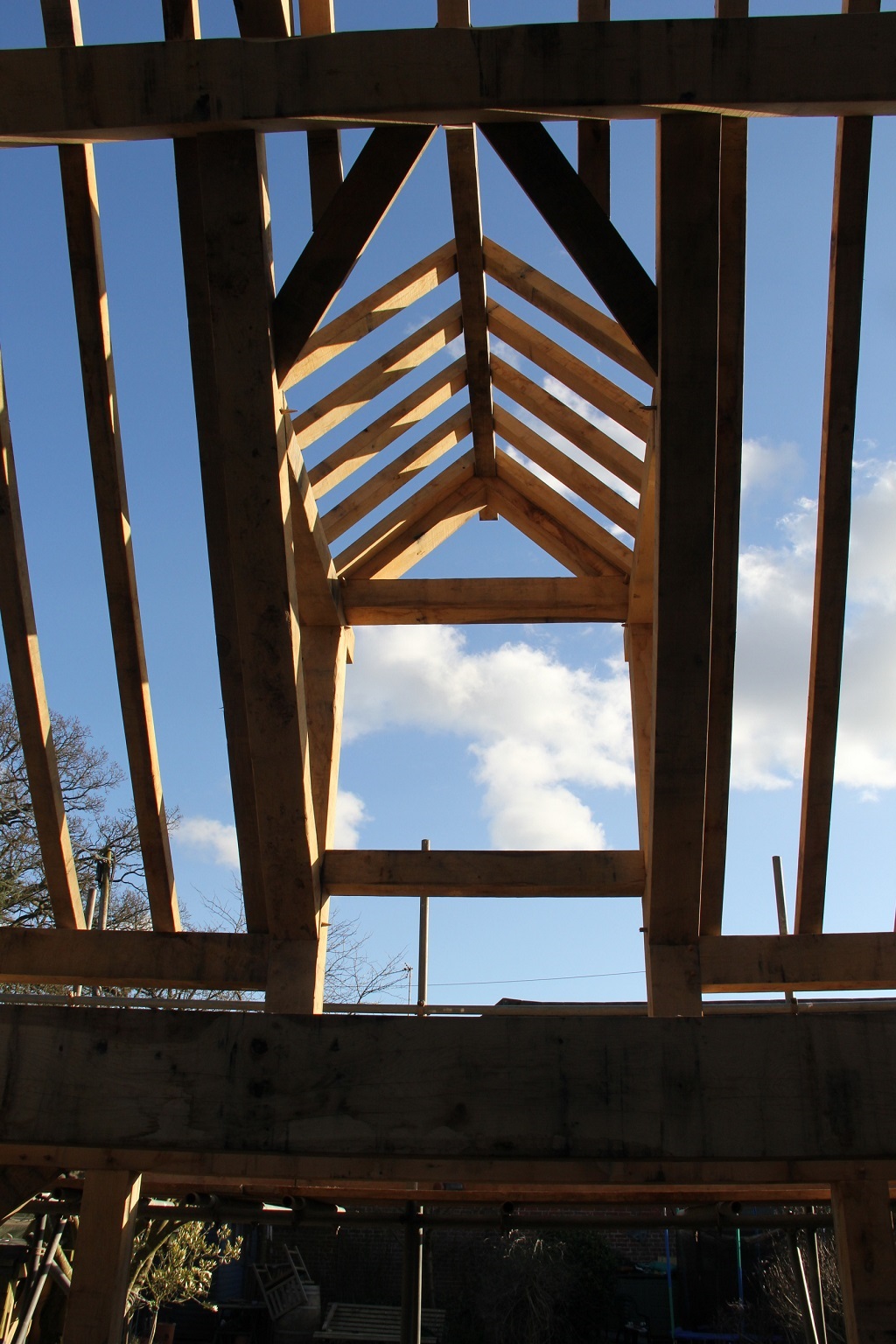