Back to blog
It’s been a blowy and wet winter so far so it was with trepidation that we closely monitored the long range weather forecast in the weeks before our latest raising on the outskirts of Cambridge. Well, we needn’t have worried as the wind piped down to the merest feathery rustle and the rain clouds dissipated repectfully overnight to be replaced with crisp, clear and sunny skies. Perfect.
Jake, Sylvain, Adam and I packed our toothbrushes, lucky underpants, tool belts and tape measures, piled into the pickup and headed East. Then we headed East some more until finally the A14 ran out of tarmac and we reached our destination in the Cambridgeshire fens
Normally we shack up in some more or less serviceable B & B but this time Rob pushed the boat out and practically hired a stately home for 2 nights! Valet parking and four poster beds would not have been out of place at Madingley Hall – check it out here to see the kind of accomodation that Rob lays on for his team. 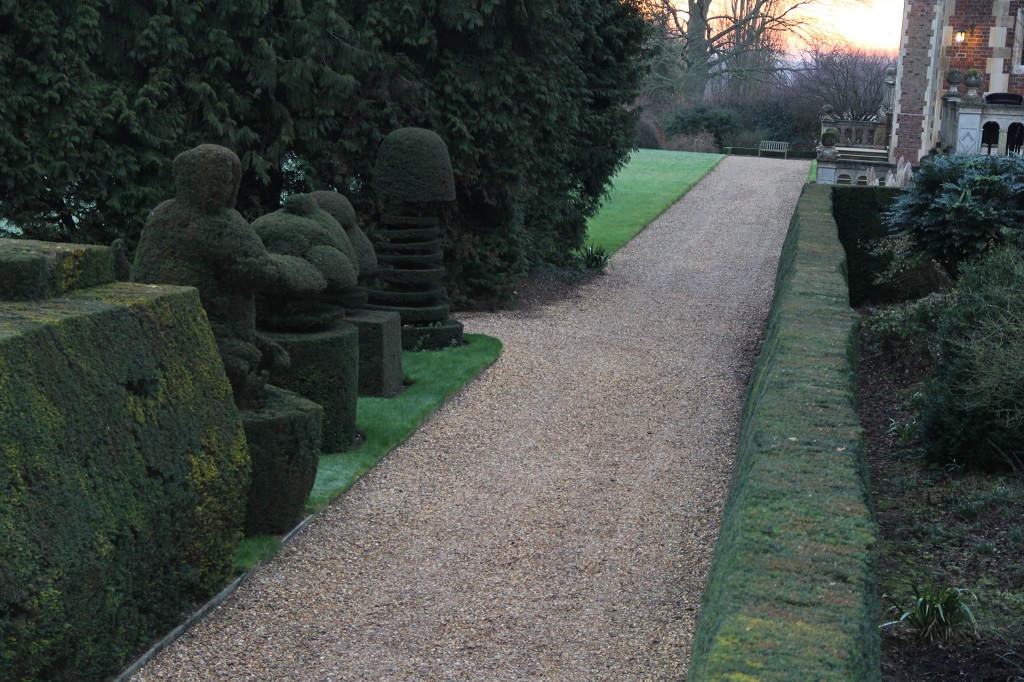 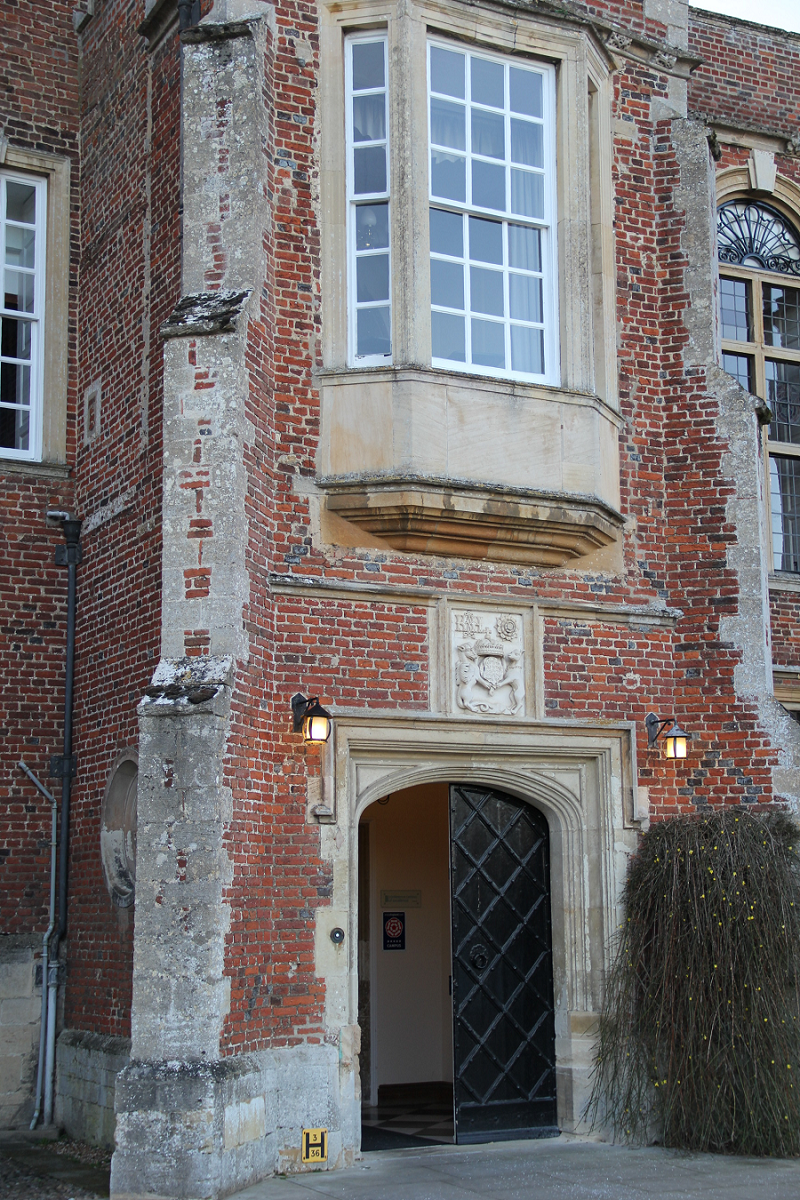 Even managed to cram in some fly fishing and wild boar hunting with enough time for a cooked breafast before an early start on site at 7.30am.
The frame we were erecting for James and Christine makes up 2 parts of a complex newbuild with essentially two asymmetric wings connected by a tall fully vaulted oak link and walkway, which itself changes angle at the mid point. Sounds confusing? You try building it!
We began with the easy bit, the roof structure to one of the wings, comprising 4 x raised collar trusses with purlins, ridge, windbracing and wallplate. So far so good and by 11am we were enjoying a well earned break. 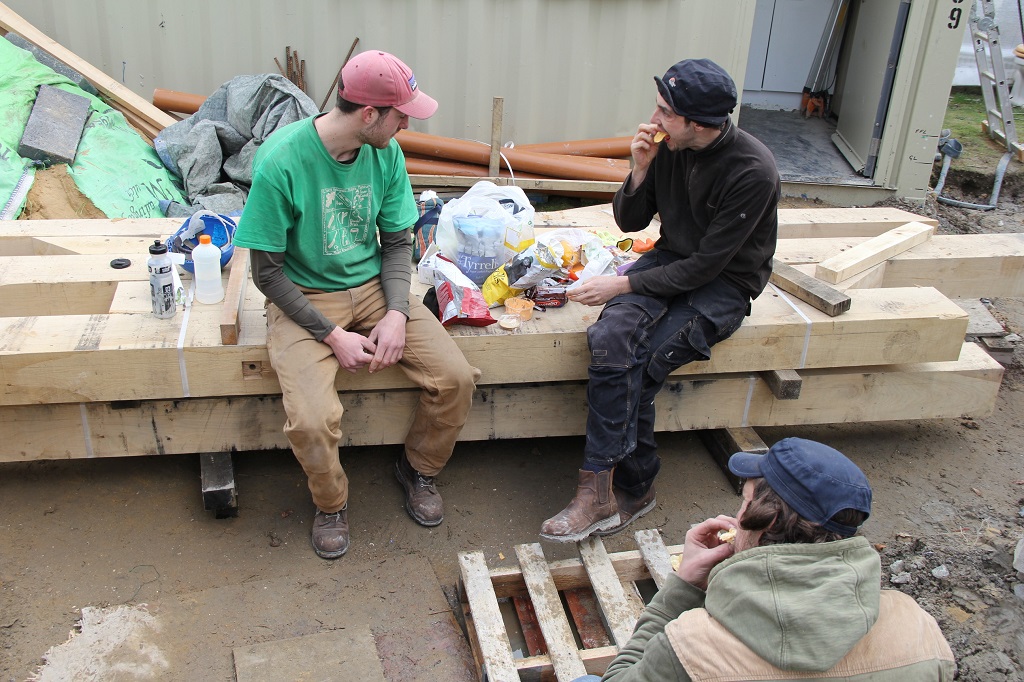 The truss feet (principal rafters) were unusually designed to fit directly onto padstones in the blockwork wall. 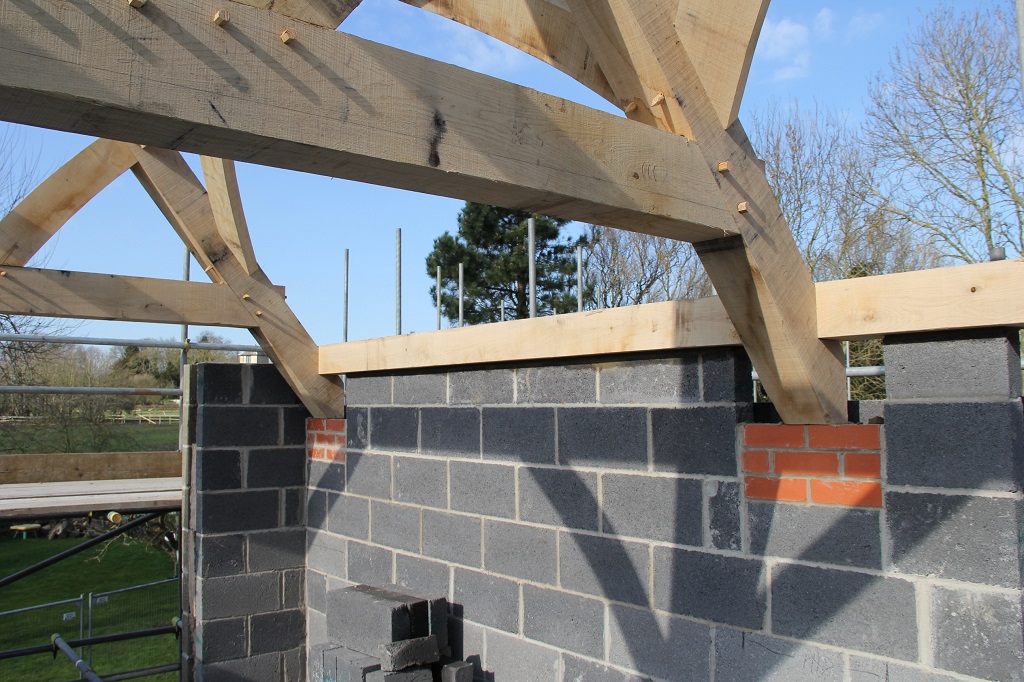 Although our structural engineer stipulated supplementary metalwork within the collar joint to resist the added tension forces. 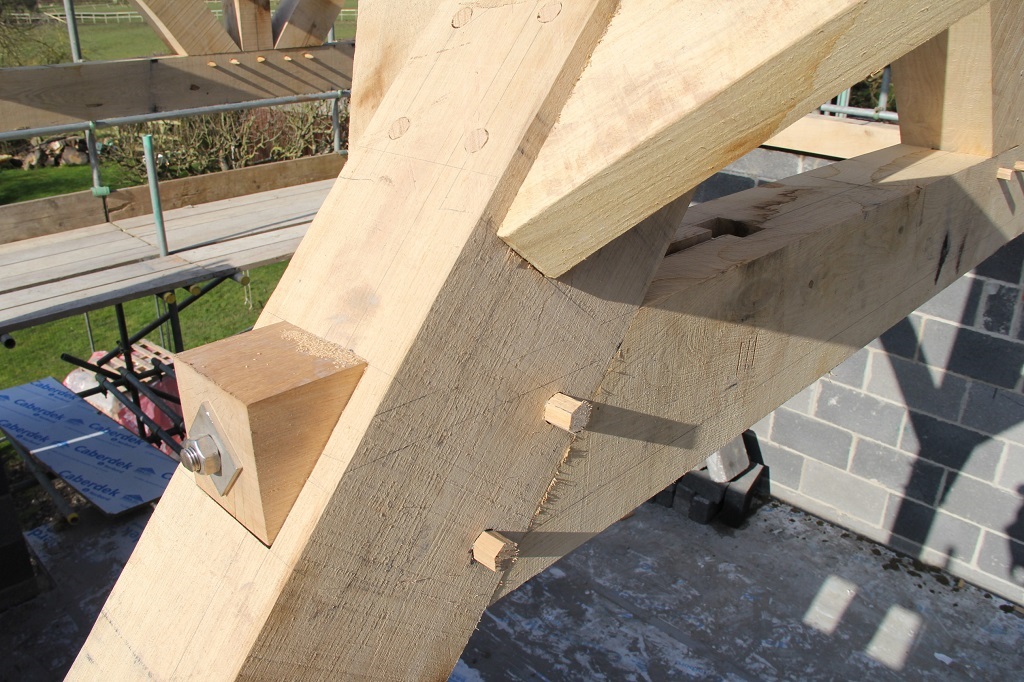 After this point things started to get more complicated as we assembled and lifted into place the 2 massive trusses that defined the link space. Once these had been braced and supported with “scabbing” (any timbers that are used to temporarily stabilize a frame) we were able to install the connecting walkway posts and rails and finally secure the roof with the purlins and ridge. Phew!
By 4.30 we were able to send the crane home and retire to Madingley Hall for a freshen up before some Castle Ring Oak Frame team bonding in Cambridge. Ended up in the Pint Shop which was recommended by John the builder – you might be impressed (or not) by the drinks menu which includes about 80 types of gin http://pintshop.co.uk/menus/drinks.pdf
Naturally we tried them all for research purposes.
Wednesday morning was again a biffer of a day and we enjoyed pegging up the frame, fixing down the ridges and purlins and tidying up before piling back into the truck back to Wales.
Thank you Cambridge
Here’s a gallery of the project from workshop to raising – just click on images to enlarge: