This is a brief account of the first part of the frame raising we carried out yesterday in West Wales. Stepping back a little and to provide some context, we were approached last summer to see if we could help with a new roof to an “L” shaped dairy barn which had collapsed over time, and was being extensively restored. We carried out a survey of the wreckage – 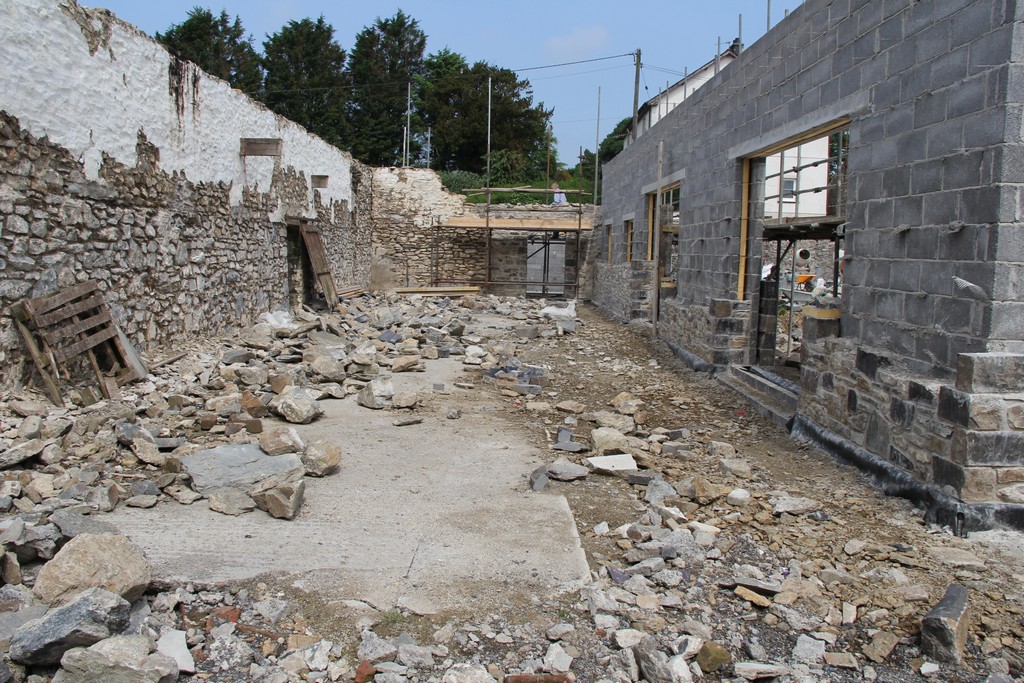 – and came up with frame drawings and a 3d model.

It would have been nice if the two wings of the barn had been at right angles, but sadly (for our sakes) they happened to be 91.7 degrees – which ensured some complicated joinery at the corner!

After 6 weeks or so in the workshop, we finally booked the crane and packed off the frame to the site hoping to avoid the incoming snowy weather. 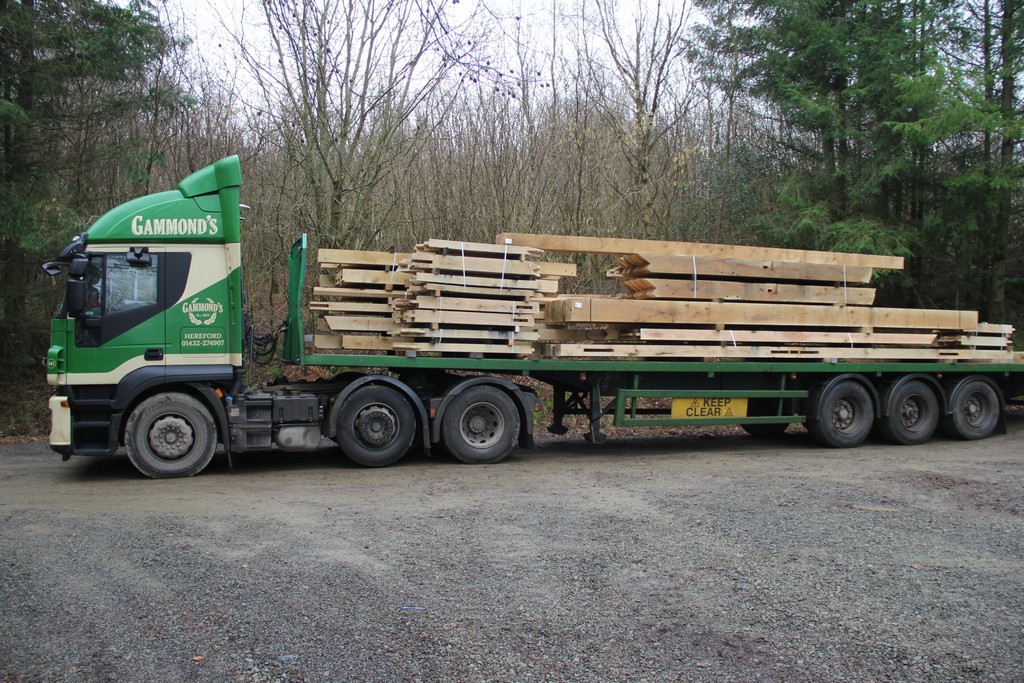 The centrepiece of the whole frame is the cruciform truss configuration which makes up the corner, and for many reasons, it made sense to assemble the whole thing so we could drop it in place in one go. The hip and valley truss is put together on trestles and raised vertically with the crane. 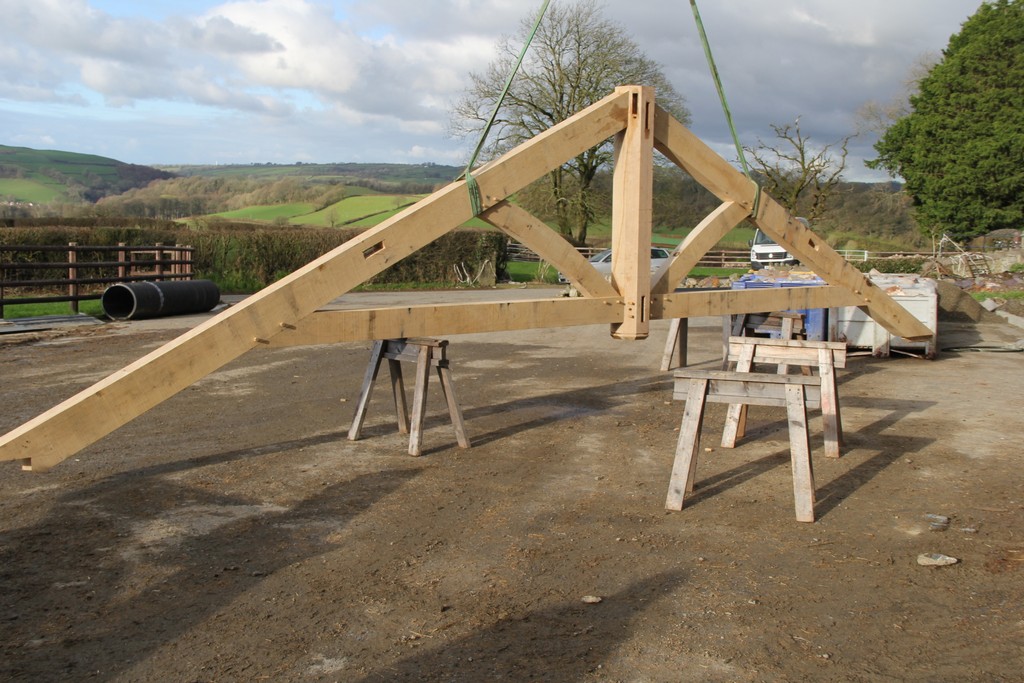 We then used a telehandler to assemble the other bits and locate into the octagonal central “boss”. 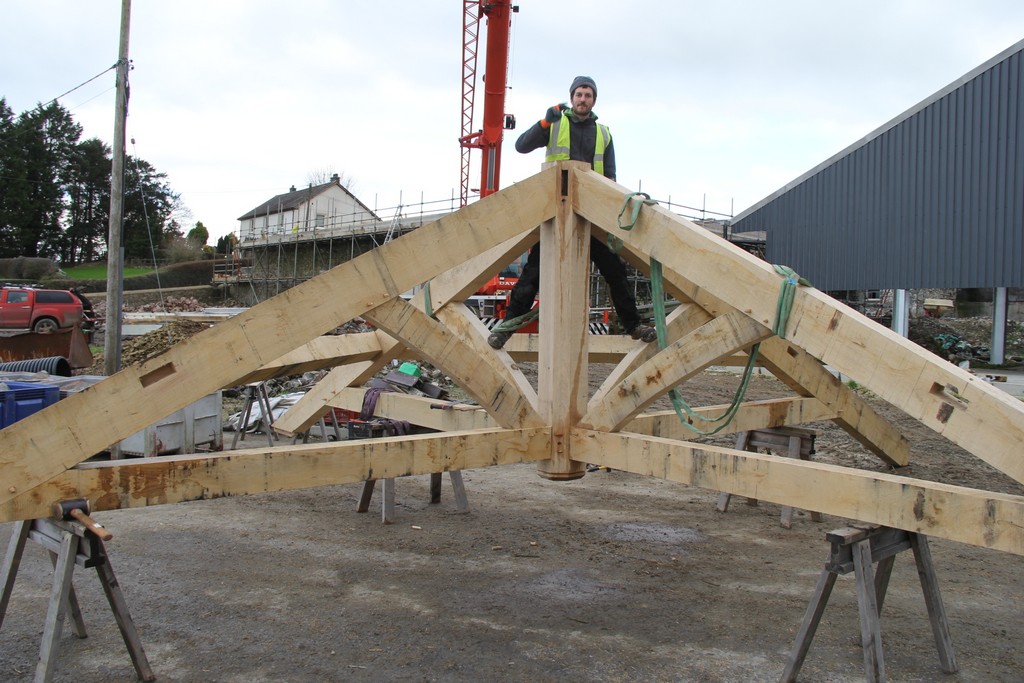 Purlins were also fitted at this stage to proved stability, and also because we couldn’t work out how to fit them once the cruciform was in place. 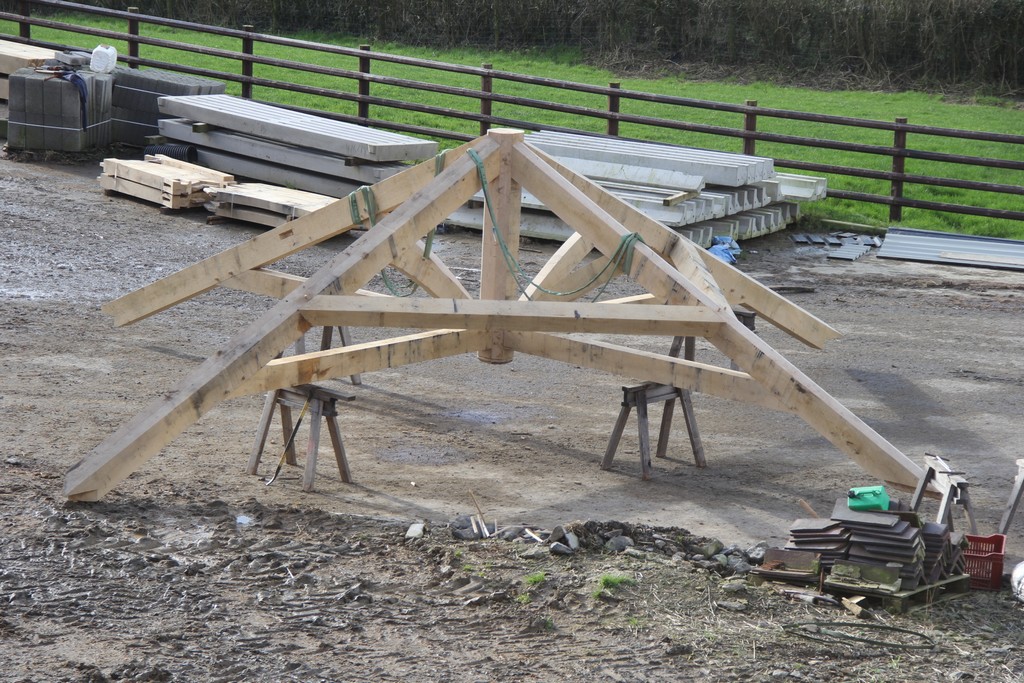 Before installing, we had to scribe and fit the “dragon tie” to the outside corner of the barn to support the hip rafter. Dave the builder, set to work with his angle grinder – 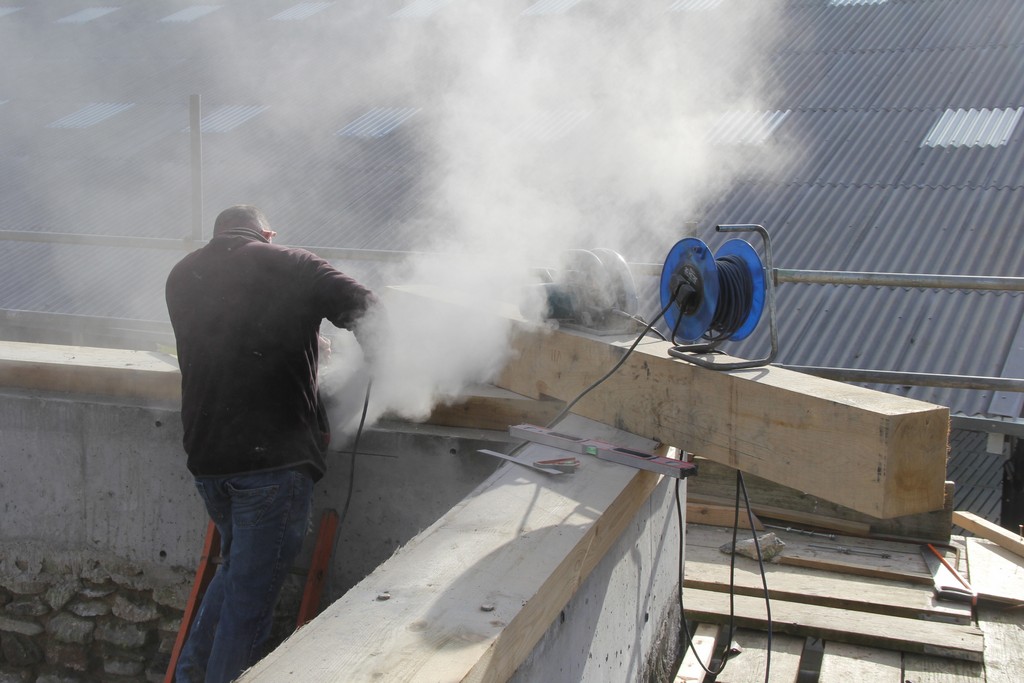 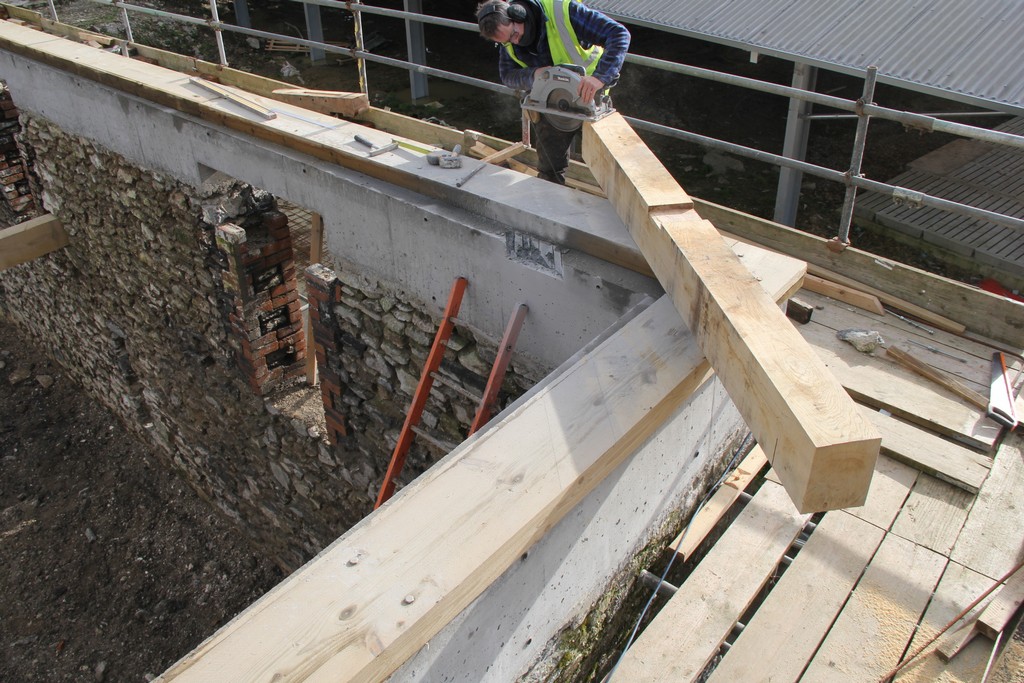 By this point, we were offering prayers of thanks to the weather gods for having spared any wet stuff.
Looking down from the scaffold. Now for the moment of truth – 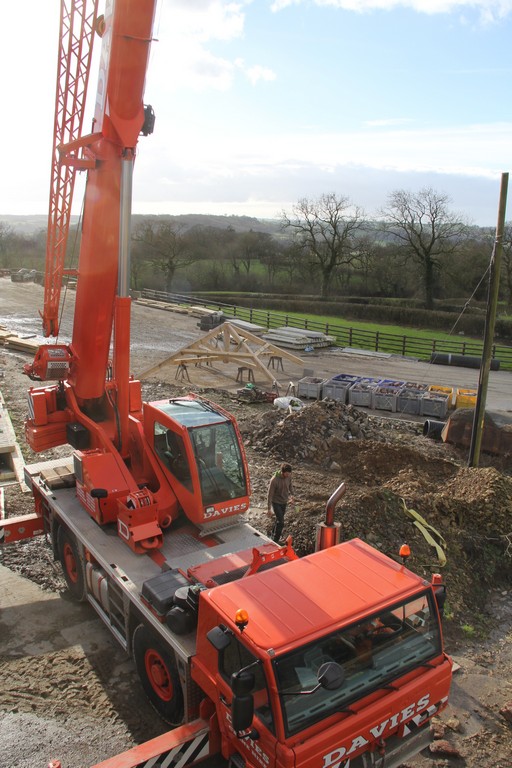 Lift off! 2 tons of hard work and head scratching – 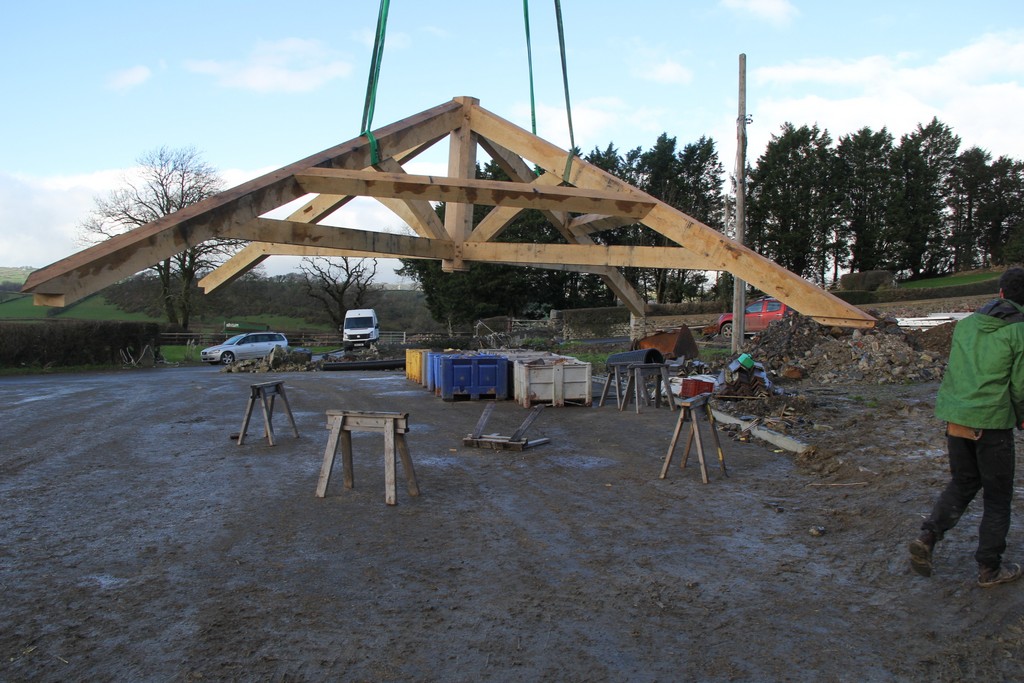 Just the weirdest thing to behold flying through the sky – 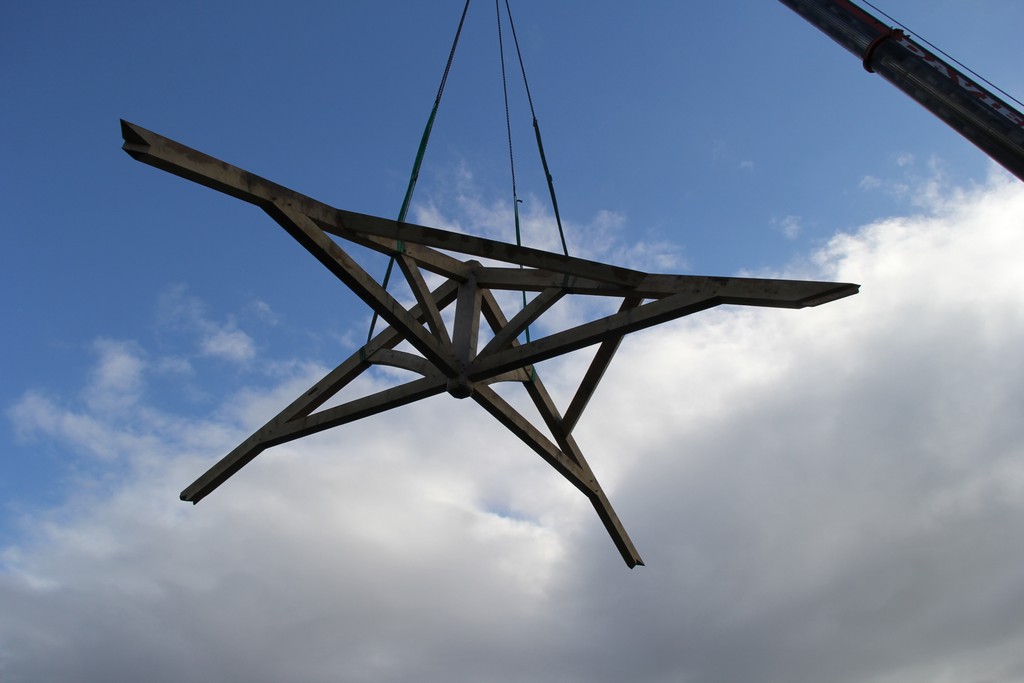 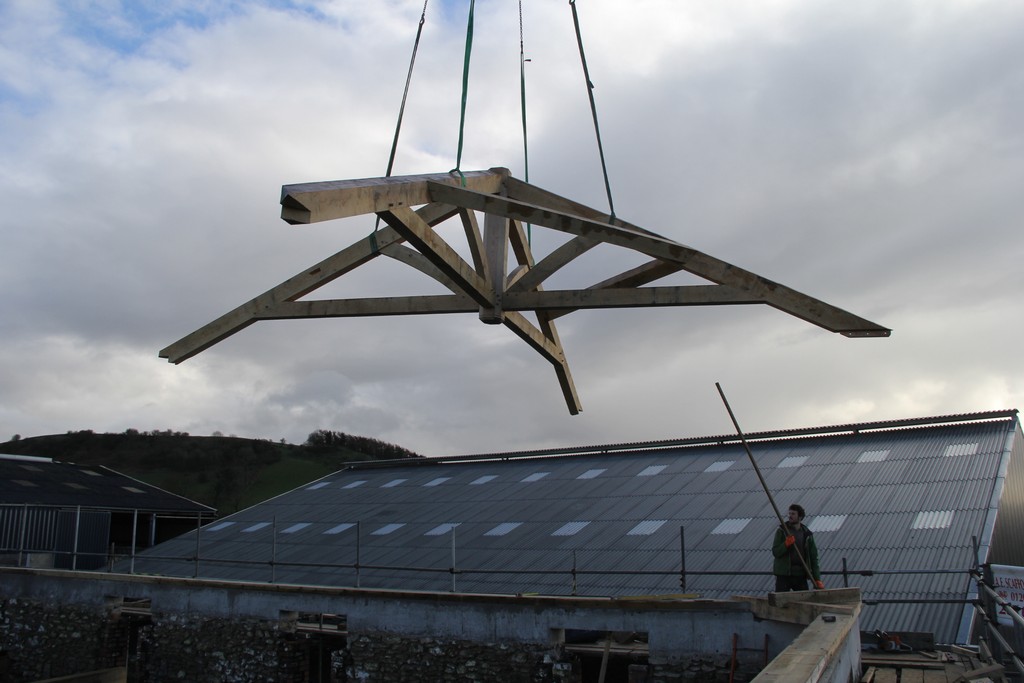 I had to put the camera down next, but please believe me when I say it was an absolutely perfect landing.
With the pressure off and clear blue skies, we assembled some more trusses – 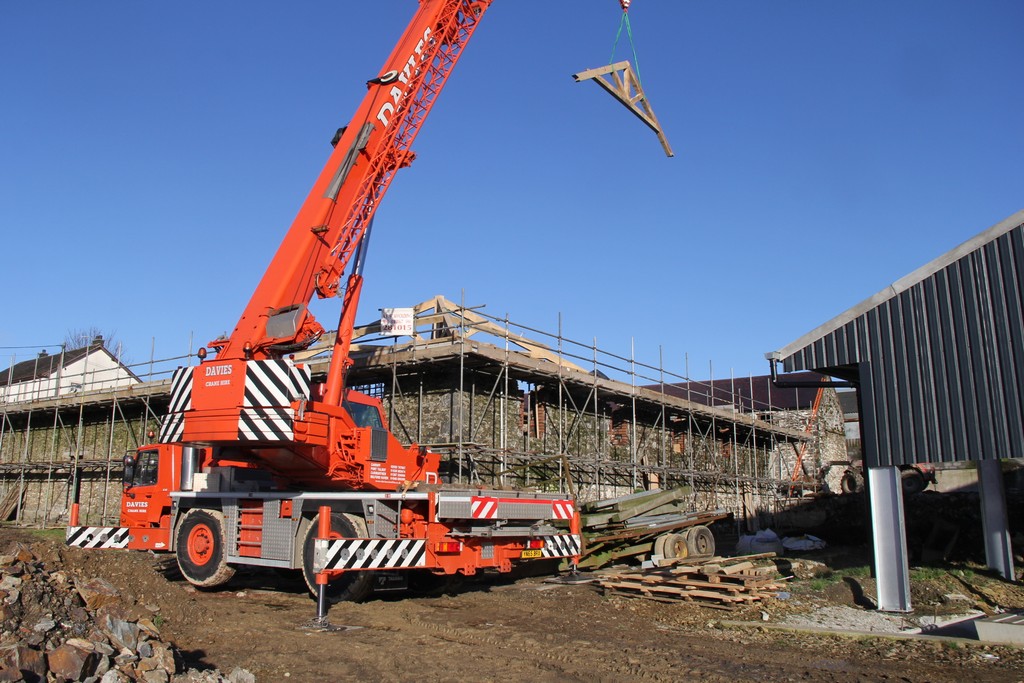 – and dropped in some ridges. 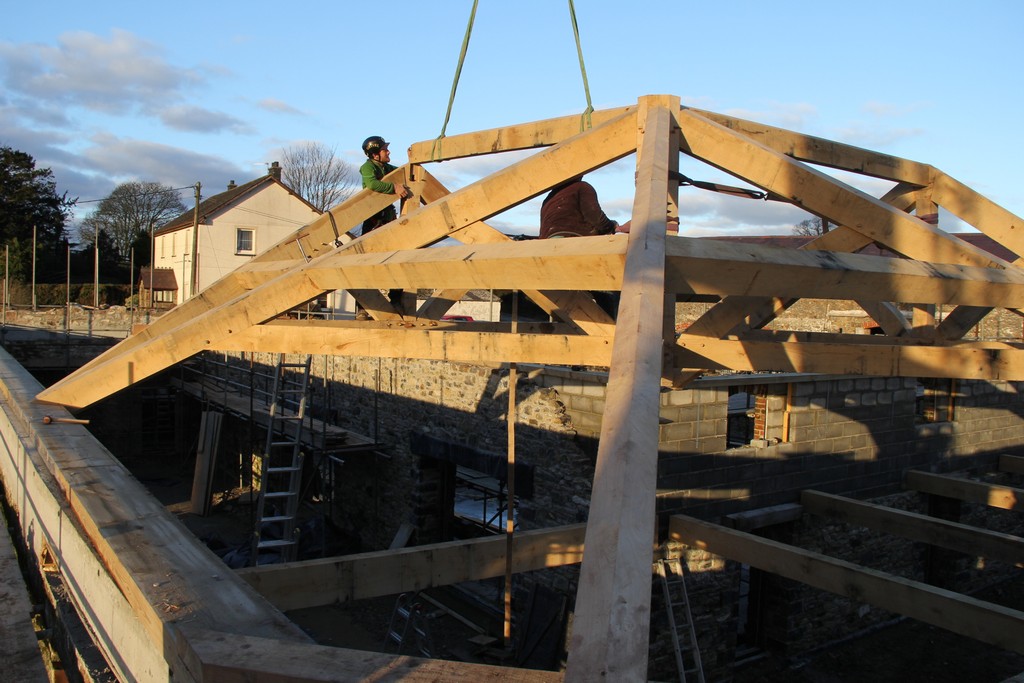 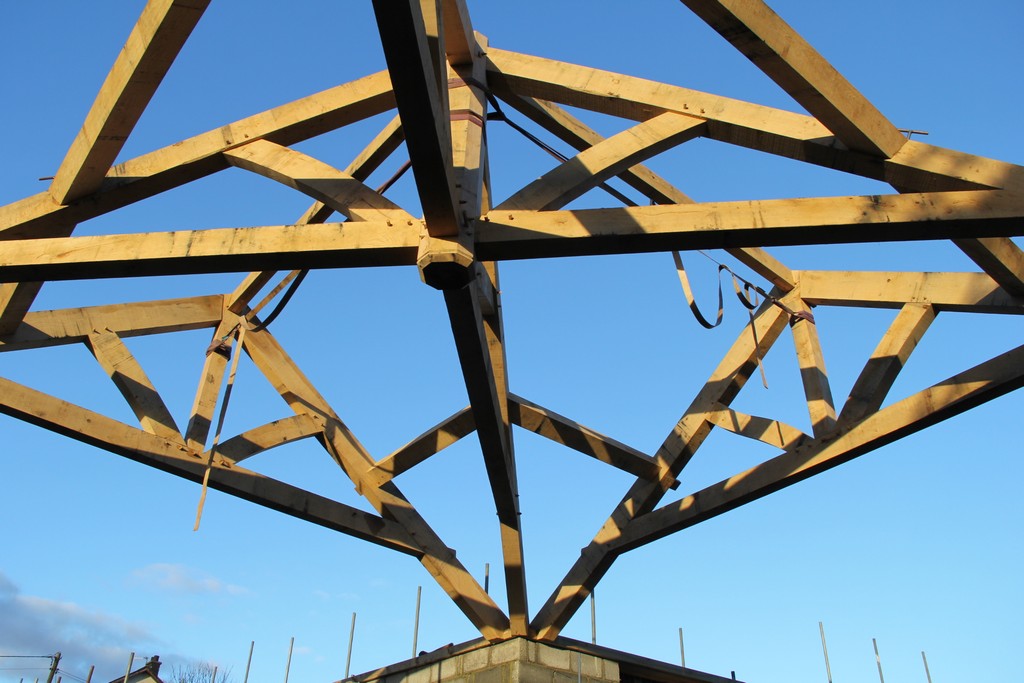 From below, the “valley rafter” locating on the inside corner of the wallplate – 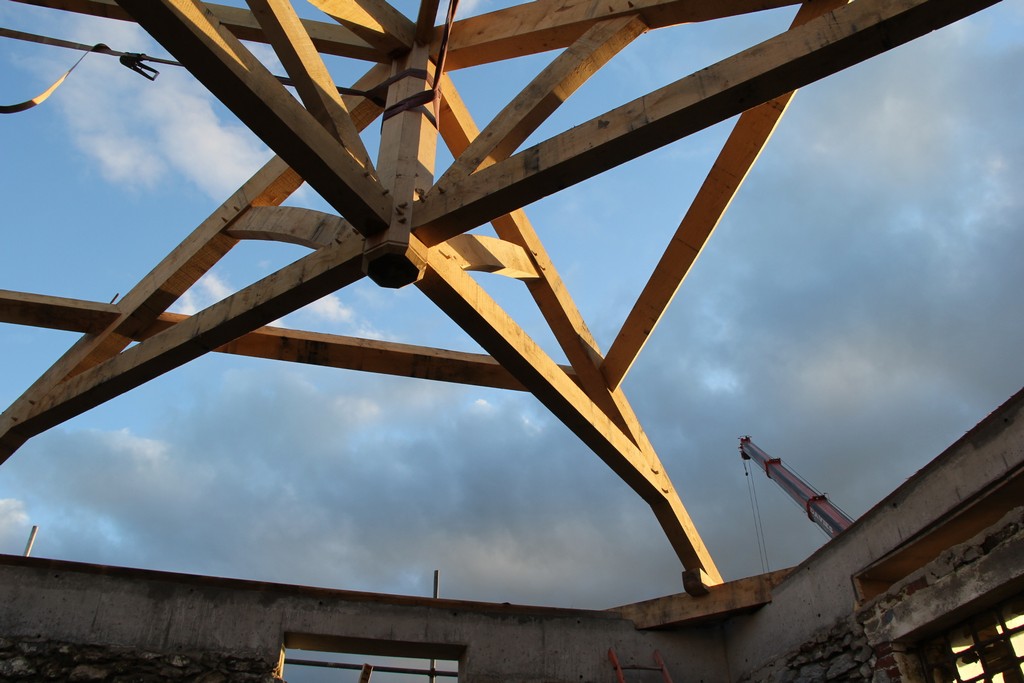 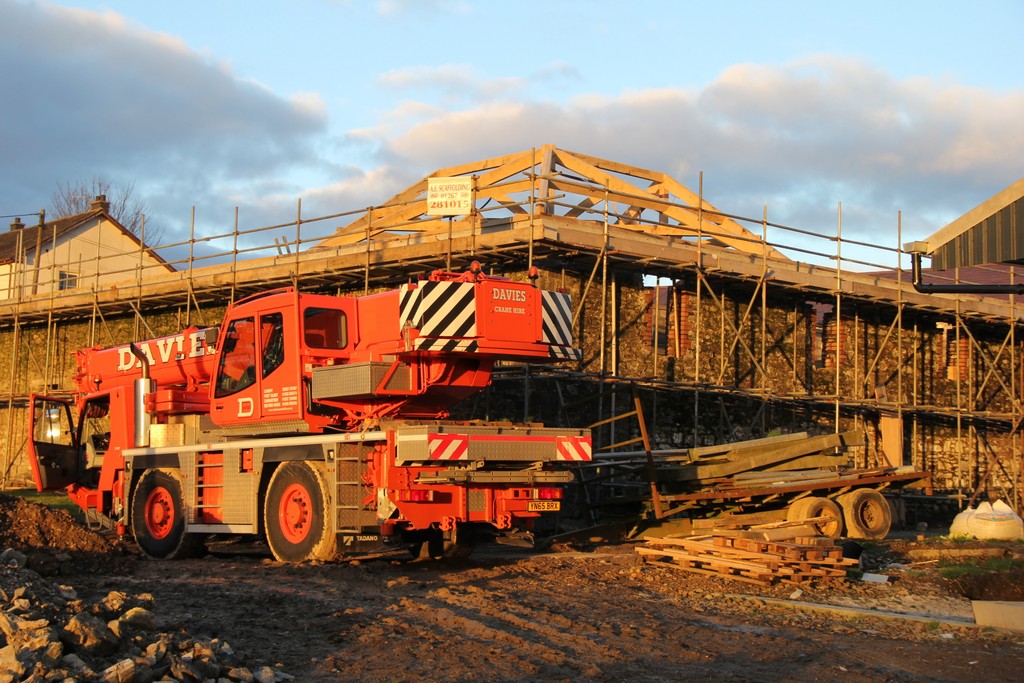 The crane de-rigged at the end of a truly brilliant day.

We’ll be back on Wednesday all being well to fit the remaining 9 trusses, with purlins and ridges, and will let you know how we get on.